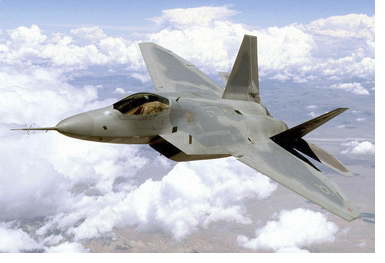 Most of the industry is geared toward governmental work. For each Original Equipment Manufacturer (OEM), the US government has assigned a CAGE code. These codes help to identify each manufacturer, repair facilities, and other critical aftermarket vendors in the aerospace industry.

In the United States, the Department of Defense and the National Aeronautics and Space Administration (NASA) are the two largest consumers of aerospace technology and products. Others include the very large airline industry. The aerospace industry employed 472,000 wage and salary workers in 2006. Most of those jobs were in Washington state and in California, with Missouri and Texas also important. The leading aerospace manufacturers in the U.S. are Boeing, United Technologies Corporation, and Lockheed Martin.

These manufacturers are facing an increasing labour shortage as skilled U.S. workers age and retire. Apprenticeship programs such as the Aerospace Joint Apprenticeship Council (AJAC) work in collaboration with Washington state aerospace employers and community colleges to train new manufacturing employees to keep the industry supplied.

In the European Union, aerospace companies such as EADS, BAE Systems, Thales, Dassault, Saab and Finmeccanica account for a large share of the global aerospace industry and research effort, with the European Space Agency as one of the largest consumers of aerospace technology and products.

In Russia, large aerospace companies like Oboronprom and the United Aircraft Building Corporation (encompassing Mikoyan, Sukhoi, Ilyushin, Tupolev, Yakovlev, and Irkut which includes Beriev) are among the major global players in this industry. The historic Soviet Union was also the home of the very major aerospace industry.

The United Kingdom formerly attempted to maintain its own large aerospace industry, making its own airliners and warplanes, but it has largely turned its lot over to cooperative efforts with continental companies, and it has turned into a large import customer, too, from countries such the United States. However, the UK has a very active aerospace sector, including the largest defence contractor in the world, BAE Systems, supplying fully assembled aircraft, aircraft components, sub-assemblies and sub-systems to other manufacturers, both in Europe and all over the world.

Canada has formerly manufactured some of its own designs for jet warplanes, etc. (e.g. the CF-100 fighter), but for some decades, it has relied on imports from the United States to fill these needs. However, Canada still manufactures some military planes although they generally not combat or fighter planes.

France has continued to make its own warplanes for its air force and navy, and Sweden continues to make its own warplanes for the Swedish Air Force—especially in support of its position as a neutral country. (See SAAB.) Other European countries either team up in making fighters (such as the Panavia Tornado and the Eurofighter Typhoon) or else to import them from the United States.

Pakistan is also undertaking advancements in the field of aerospace engineering. It is now fulfilling its needs in the guided missile technology. After the establishment of the Institute of Space Technology, Pakistan is looking to advance in space technology. Currently, Pakistan specialises in aircraft design and manufacturing. Pakistan Aeronautical Complex in Kamra, Pakistan is one of the Largest Aircraft Manufacturing facility in Asia and has the world's seventh-largest assembly plant. JF-17 Thunder, MFI-17, MFI-395, K-8 and many unmanned aerial vehicles are being manufactured at PAC.

In the People's Republic of China, Beijing, Xian, Chengdu, Shanghai, Shenyang and Nanchang are a major research and manufacture centres of the aerospace industry. China has developed an extensive capability to design, test and produce military aircraft, missiles and space vehicles. Despite the cancellation in 1983 of the experimental Shanghai Y-10, China is still developing its civil aerospace industry.

The aircraft parts industry was born out of the sale of second-hand or used aircraft parts from the aerospace manufacture sector. Within the United States, there is a specific process that parts brokers or resellers must follow. This includes leveraging a certified repair station to overhaul and "tag" apart. This certification guarantees that a part was repaired or overhauled to meet OEM specifications. Once a part is overhauled its value is determined by the supply and demand of the aerospace market. When an airline has an aircraft on the ground, the part that the airline requires to get the plane back into service becomes invaluable. This can drive the market for specific parts. There are several online marketplaces that assist with the commodity selling of aircraft parts.

In the aerospace & defence industry, a lot of consolidation has appeared over the last couple of decades. Between 1988 and 2010, worldwide more than 5'452 mergers & acquisitions with a total known value of 579 bills. USD have been announced. The largest transactions have been: the merger of Boeing with McDonnell valued at 13.4 mils. USD in 1996, Marconi Electronic Systems, a subsidiary of General Electric, was acquired by British Aerospace for 12.9 bills. USD in 1999 (now called: BAE Systems) and Raytheon acquired Hughes Aircraft for 9.5 bills. USD in 1997.

Some six centuries after Ibn Firnas, Leonardo da Vinci developed a hang glider design in which the inner parts of the wings are fixed.

A fixed-wing aircraft is an aircraft capable of flight using forward motion that generates lift as the wing moves through the air.

Aerospace engineering is the primary branch of engineering concerned with the design, construction and science.